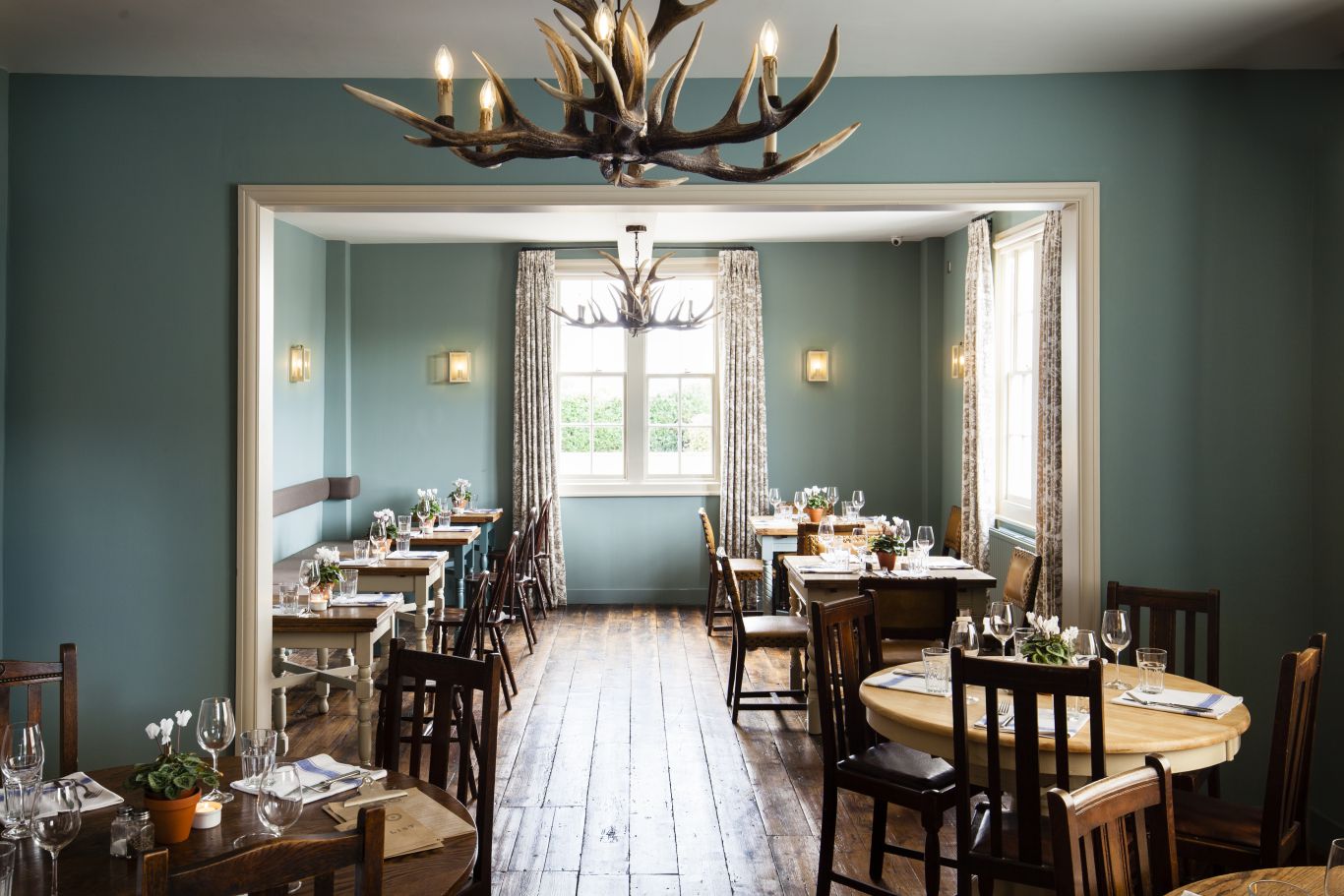 We’re meandering through rapeseed fields as high as our shoulders, rabbits darting out in all directions. It’s meant to be a brief, easygoing pre-dinner stroll, but we’re slightly underprepared for the rolling Kentish countryside. And now borderline lost.

It’s that time in May when rapeseed is at its invasive height. Dazzling yellow flowers, high in icky pollen, stain our clothes as we navigate the claustrophobically narrow path through the dense field. Overhead, the clouds are purple-grey and thunderous: torrential rain is on the horizon.

We’re attempting to follow one of a handful of walks from Egerton, a scenic village which stands on a 350-foot high greensand ridge with panoramic views over the Weald in Kent. Our three-mile circuit (whose instructions are sketched roughly out on the village website) passes the 13th century church, its cute high street (with one shop), a stretch of the Stour river, a medieval farmhouse or two, and the barrow, which dates back to the Bronze Age.

Just when we’re about to give in and retrace our steps – there’s no phone signal and so GPS isn’t working – we turn a corner and spy the church tower. Happily we’re back at the pub with a pint in no time.

The hostelry in question, named after the ancient tumulus, opened in September 2016, sister to the acclaimed Milk House in Sissinghurst and the project of New Zealand-born chef Dane Allchorne.

Previously known as The George, it was built in 1576 using timbers from sailing ships, Kent peg tiles, and traditional cob and straw plaster (which remains behind the 17th century timber frame). Inside, the downstairs bar is textbook country pub styling, all stone floors, cosy nooks and tables; it was popular with Canadian and American squadrons in the Second World War, whose scrawled signatures can still be found above the inglenook fireplace.

The main dining room is grander, an exercise in Scandi minimal chic: a distressed note here and there, antler chandeliers, some bare brick and polished wooden floors. Ask for the table with views out over the hills, or sit by the window overlooking the garden – not quite finished on our visit, with a rather virginal decked terrace.

Upstairs there are just three bedrooms, all with en-suite bathrooms and enormous beds: our overriding memory once back home was of huge, kingsize beds with good quality linen – and so comfortable that we happily dozed for nine or ten hours.

There are also little details like bendy reading lights, an old-school alarm clock and stone jugs. And a lack of paintings or wall-hangings creates a calming space from which to peer out over the garden to the sloping pastures beyond.

After our scramble through the undergrowth, we’re suddenly hungry. The menu is deceptively simple at first glance – and we assume it will be standard gastropub fare.

Actually, dinner is an exercise in choreography, nicely paced and with good portion sizing and thoughtful flavour pairings. Sweet grilled scallops are offset by the smooth acidity of fennel slaw; while pan-fried asparagus tips, on a whorl of smoked paprika aioli, are adorned with chorizo cubes, garlicky shallots and fried egg. Sure, that’s a lot going on – but it works.

As we eat, evening light streams through the room, casting shadows like a renaissance painting onto the inevitably Farrow and Ball-ed walls. We watch the sky darkening down the road over the houses, and the distant fields, but inside it’s on the brightish side: there could be a few more candles, I reckon, but that’s the most minor of criticisms.

Otherwise, it’s impressive all the way: squeaky fresh skate wing yields steak-thick pearlescent flesh onto the fork, caper butter adding an umami bite. Lamb chops cooked pink in breadcrumbs initially appear overwhelming in size, but a side of chimichurri adds a zesty, spicy kick to their pillowy richness, while cauliflower rice ushers in soft earthiness. In short, it’s dream country food, all simple flavours, as underlined by a side of chargrilled and pleasingly bitter leaves.

We’re about to swerve desserts, but with cooking of such competence it seems silly. And naturally there’s an effortless elegance here too, both in a dark chocolate torte, with blood orange compote, and a light vanilla parfait ‘Viennetta’ – a riff on the 1980s frozen ice cream staple – striated with chocolate on a honeyed mint sauce.

After our meal, Egerton’s much-documented community spirit is in real evidence in the bar, as a packed room of friendly locals listen to the sounds of local singer-songwriter Kelly Bourne.

One of the issues frequently encountered in otherwise good hotels is breakfast, when the effort that the kitchen has put into the evening meal can so easily be forgotten.

At the Barrow House this isn’t the case. The cooked option is substantial yet balanced and, surprisingly, the vegetarian just pips its meaty counterpart to the post: exploding poached eggs, buttery spinach, thick slabs of Portobello mushroom, saute potatoes, lightly chargrilled sourdough and the most garlicky roasted tomatoes ever.

We head back to London straight afterwards, but if you want to see the sights, Leeds Castle and Godinton House and Gardens are a short drive from the pub, as well as some of the area’s renowned vineyards like Chapel Down (see page 6). For non-drivers it’s an easy hop from the capital, too: nearby Pluckley station is an hour to London, although we opted for the 38-minute fast train to Ashford – followed by a pricey twenty quid cab.

Still, it’s worth it, for what’s a pastoral, even otherworldly experience. But next time – just in case – we’ll bring a map.