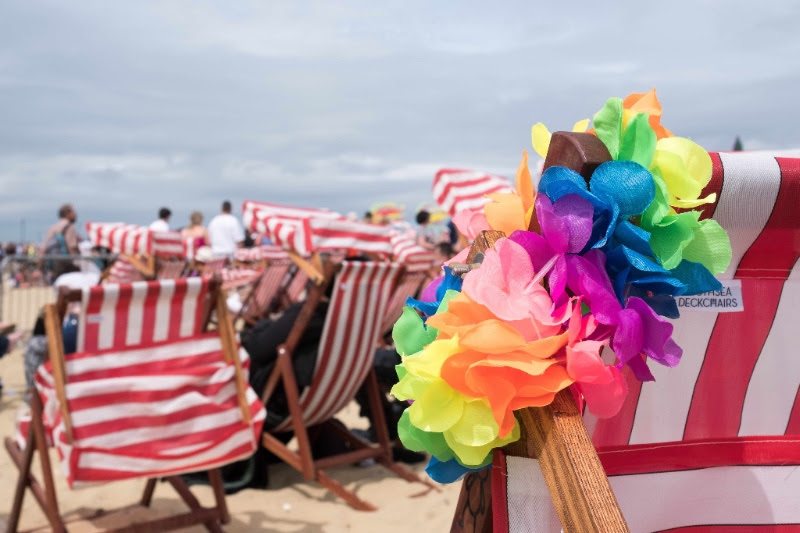 This July, the Isle of Wight held their first ever Pride. It wasn’t, however, all plain sailing for the picturesque little island’s LGBT+ conglomerate.

In the build-up to the event, a councillor suggested banning homosexuals from public toilets, while the Isle’s Tory MP was forced to resign. Why? Well, he rocked up to a secondary school and responded to a 16-year-old’s query, about whether he’d be going to Pride, by saying that homosexuality is ‘wrong’ and ‘dangerous to society’.

Yikes. Hiccups aside, the inaugural event took place on the beach in all its jovial, inclusive, rainbow-coloured glory.

Spurred by the success of the island’s first big-ol’-weekend-o-gay, the islanders decided to bid for the prestigious responsibly of hosting UK Pride. Marginally pipping Wales, Liverpool and Exeter pledges to the post, they were elected the victors last month.

Fittingly, the second Pride event in the Isle of Wight will also be the second UK Pride (the first was in 2017 European Capital of Culture Hull). Up and down the country, there are more Pride events in little old Blighty than there are in any other European country.

This is why co-organiser Steve Taylor and his fellow members were encouraged to create a nationwide fest. “We wanted to have our own equivalent to EuroPride and WorldPride,” he says, “and the fact that four Prides entered the competition in just its second year shows the power of this event.”

Isle of Wight Pride are using this as an opportunity to showcase the charm and diversity on their island. “We want Pride to make a real impact on the lives of our residents,” says Joe Finch, “while we also hope to use it as a springboard for the rest of the country, to show other isolated communities the importance and impact of diverse events such as this.”

The team have gone straight into action, aware than Pride isn’t just about a weekend. The build-up itself is as significant, with sports, arts and fundraising events running until next summer.

For the time being, Isle of Wight Pride have teamed up with Winter Pride to create the Emerald Winter Pride Art Awards – something Stephen Fry has called “a cradle for new artistic talent, that promotes cutting-edge art and emerging artists. The Art Awards is a true forum for discussion and communication about a wide range of LGBTQI+ subjects and issues.”

The theme of the free-to-enter competition is Beyond the Binaries, encouraging artist from people of all gender identities and sexualities to produce pieces that celebrate the vast spectrum of identities.

This exhibit will be held in both Soho’s The House of St Barnabas (Jan-Jun) and in Quay Arts in Newport, Isle of Wight (Jun-Jul).

So when does it actually happen? Isle of Wight hosts UK Pride on Ryde Beach on July 21st 2018. Entry is free so the only real expense is the ferry ride over to the island.

Race ya to the jetty in Portsmouth.

This is box title
More info on UK Pride 2018 and its build-up here, more on Winter Pride Emerald Art Awards here. For ideas on where to stay in the Isle Of Wight head here.