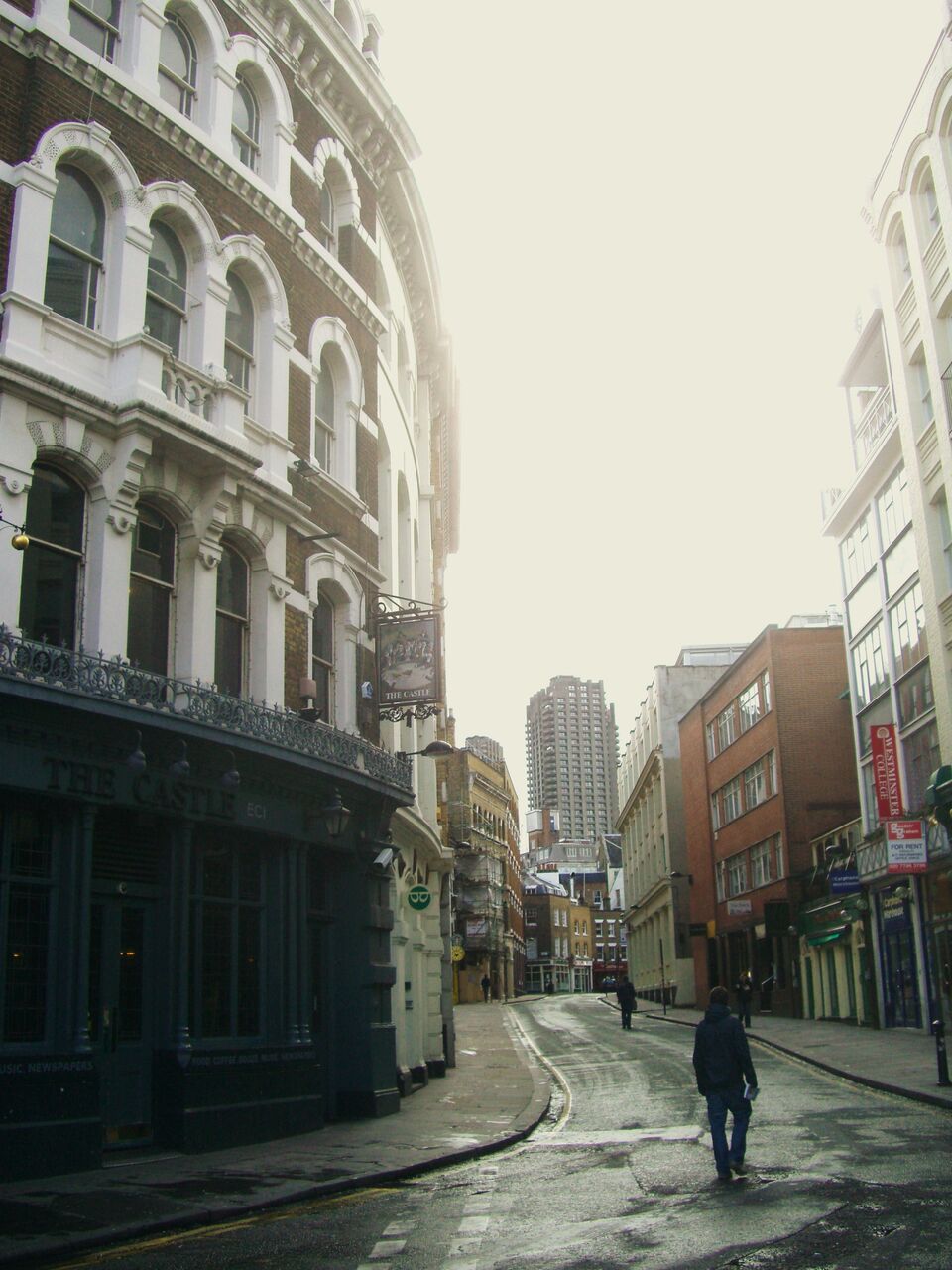 The 19th Century philosopher Xavier De Maistre, in his insightful Journey Around My Bedroom, suggests we should try to notice afresh what we have already seen. And so I thought: why not test his idea by walking round the Circle Line?

Not only does the enigmatically slow 14-mile circuit shuffle round 27 stations drearily familiar – Victoria, King’s Cross, Liverpool Street – but the chances are you’ve never even pondered its existence in the first place.

First, a little backstory. The idea of an ‘inner circuit’ round London was first proposed in 1863, connecting Paddington and Farringdon with the more southerly stations in Zone 1. The original line was extended east in 1884, creating the Circle as we know it – although its current name was only awarded in 1949. Technically a “sub-surface line”, rather than a tube, it runs not much deeper than the basement of surrounding buildings.

But why does Circle grip the imaginations of so many people? Antipodeans and students use it for pub crawls, flash mobbers (remember them?) have held parties, and it’s even admired by Peter Ackroyd, who, in London: The Biography, celebrates it as “adventurous and breezy” (unlike the “somehow desperate” Northern Line).

Walking the route overground might, I hoped, throw up a clue or two. And, if nothing else, it would at least lend a fresh perspective to the eclectic neighbourhoods around Zone 1 (I chose to ignore the latterday extension to Hammersmith, completed in 2009).

Choice of time and day seemed important, so we started out clockwise from King’s Cross at 7:30am on a Sunday morning. But perched on the Euston Road, the wintry winds made it hard to care about the station’s illustrious history: that it had opened in 1863, and has witnessed fires, bombs and terrorist attacks.

Gradually we warmed up, and the empty streets, as we loosely followed the route using our phone’s GPS map, allowed our eyes to focus on un-extraordinary details: tourists forever bumping suitcases down steps, a neon-jacketed cleaner plucking an empty bottle from the kerb, the rhythmical sound of a road sweeper. And as we passed elegant 18th century church St Botolph Without Aldgate, near where Jack The Ripper murdered Catherine Eddowes, I realised how eerie the city feels off-peak.

Even the roads around Liverpool Street, one of the busiest stations in the UK, were bare, the taxi rank and piazza deserted. “It used to be a mental hospital,” said my brother, about the site’s 14th century usage, and somehow the logic between its original identity as Hospital of Saint Mary of Bethlehem – or Bedlam – and current incarnation were oddly consistent.

The silent streets enabled us to contemplate the stations’ rich history of crashes and bombs, too: Moorgate’s 1975 tube crash which killed 43 people, Liverpool Street being hit by German aircraft in 1917, the 56 killed in Monument’s ticket hall in the Second World War. And of course no-one can forget July 7th 2005, when a bomb was detonated on a Circle train close to Aldgate. Pounding the streets against the wind, the history seeping out underground, we realized how our everyday lives barely skim the surface of the city we live in.

There were unexpected discoveries too. Opposite Cannon Street, behind an iron grille, we passed the unassuming London Stone, a fragment of an original 3000 year old piece of limestone that for years was recognized – in a much larger state – as the symbolic heart of London.

Mentioned in Shakespeare, William Blake and Dickens, it is, however, strangely unromantic, and was peddling its worth quietly, as wide-eyed ravers shrieked and smoked fags outside the eponymous pub next door.

From Blackfriars the Circle runs parallel to a major Victorian sewer, and here purple-cheeked joggers bobbed beside the Thames towards Temple, the only Underground name shared with the Paris Metro. Soon we were in the heart of the tourist throng at Westminster, the lowest point of the line beneath us, at 13 ft below high tide (the highest is Edgware -103 ft above).

History is everywhere in London, of course, but minor stations conceal the most fascinating stories: when Sloane Square was constructed in 1868, the river Westbourne (which runs through Hyde Park as the Serpentine Lake) was carried above the platform in a large iron pipe suspended from girders (still in place today).

It was also the only tube station ever to have a built-in pub – the Hole in the Wall – which closed in 1985. And, sadly, it was where Peter Llewelyn Davies, the inspiration for Peter Pan, threw himself under the train in 1960, after years of resenting his association with the character.

As we edged further round, Rolls Royces, elegant Georgian terraces and roof gardens with palms blowing in the wind gave way to shabby Notting Hill hotels with chipped pillars, the football-screen pubs and fast food outlets of Paddington, and hundreds of tourists hovering on the pavement outside Madame Tussauds.

We also enjoyed the characterful neighbourhoods like Little France in South Ken, and the Greek community on Moscow Road near Bayswater, with its Athenian stores and tavernas.

Finally we arrived back in King’s Cross. The 14-mile hike had taken 7 hours, with two breaks of 1 ½ hours in total. But the experiment seemed incomplete without riding at least one entire loop underground.

Just a handful of people were in the front carriage when, on a Tuesday lunchtime, I boarded at King’s Cross: a man, flinging The Times to one side, sighed, and a child gobbled a sandwich, his mother stretching out, as if on an armchair at home.

I wondered whether anyone else was riding without destination, but as we descended into what Ackroyd calls the “ever deeper levels of anonymity and oblivion”, the carriage grew so shudderingly empty, the only sound that of the computerized female station announcer, that I was pleased for the rush of prams, suitcases and children at Baker Street.

Disembarking at King’s Cross after a 62 minute loop I realized that the tube, like London, needs its bustle. We don’t do “empty”. Just as we don’t, perhaps, stop and stare at our city in the rush to get to work.

So, after all this, can we draw any conclusions? Perhaps GK Chesterton had the answer when he noticed, in awe, that the stations below St James’ Park – Westminster, Embankment, Temple, Blackfriars – are really the “foundation stones of London”.