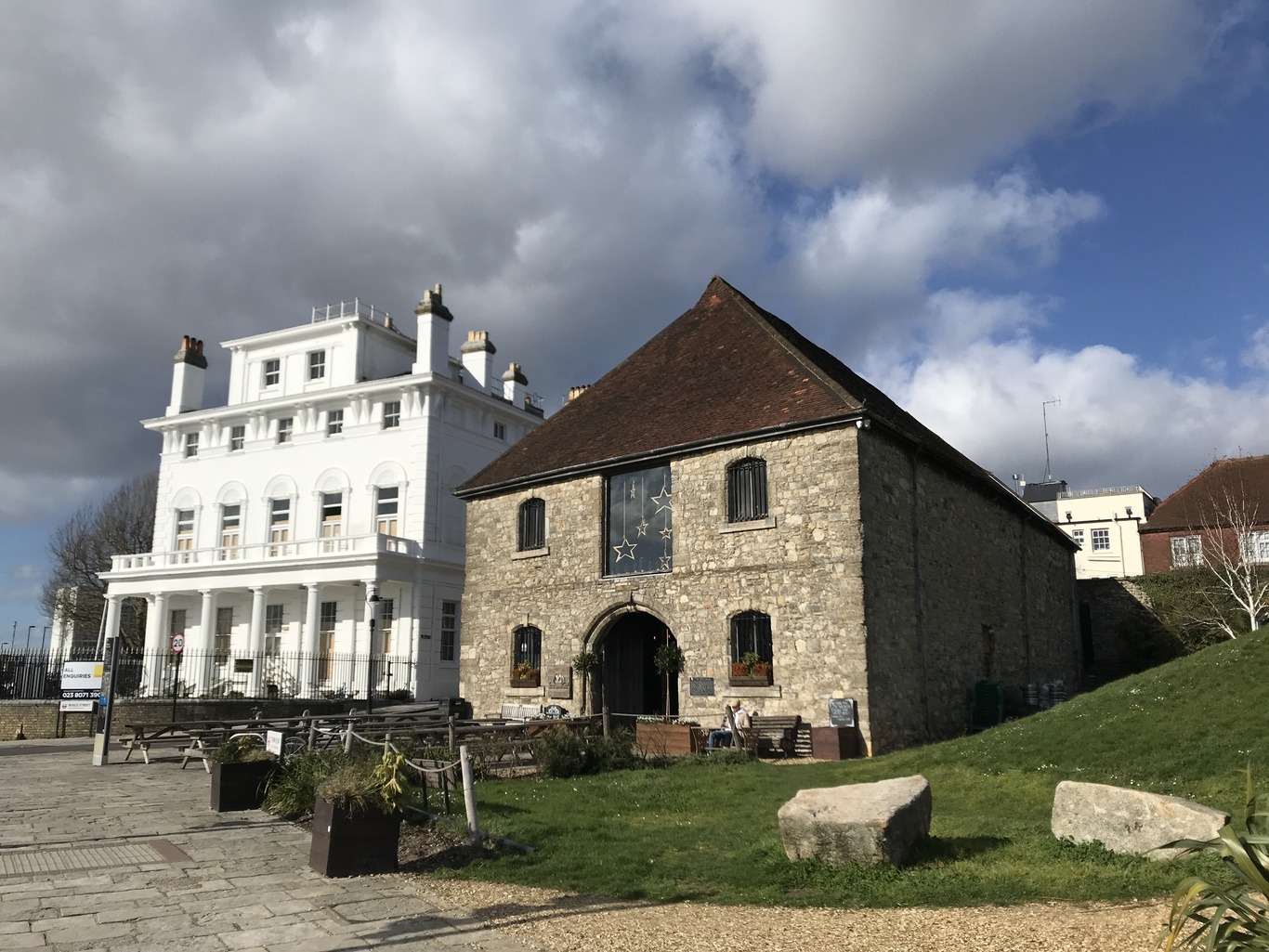 Where exactly is it? Southampton is the metropolis closest to the New Forest, most famous for its Titanic connections. It may not be a weekend destination you’ve considered, but it’s only 80 minutes from Waterloo (providing the trains aren’t as messed up as they were on our trip) and it’s benefiting from huge investments and a rebuilding programme. In short, it’s a fascinating place.

What can I do? The tourist board call it ‘City of Surprises’ – and we’re inclined to agree. Sure, it was heavily bombed in WWII and not an immediately easy place to love as you first step off the train – but persist and you’ll be rewarded. Start in the Old Town’s tangle of historic streets –the Tudor House is a notable museum – where there’s a good stretch of medieval walls; the city has the longest surviving in the UK.

Walk towards the 1338-built Westgate and the Medieval Merchants House up to Bargate, the ancient gate built in 1180. Then head back down to the Town Quay and along to the swanky superyachts of the marina, past the Canute Chambers, where a plaque explains that relatives waited for news about Titanic (549 locals died).

Some sights? Absolutely. Stroll through the leafy parks to the City Art Gallery, at the tip of the scrubbed-up cultural quarter, displaying Leonardo Da Vinci’s drawings (until 6th May) as part of a UK-wide summer celebration of 500 years since his death. There are also huge names like Gormley, Walter Sickert and Maggi Hambling. Nearby is the John Hansard contemporary art gallery and the main city museum, which tells the story of the Titanic.

Don’t Miss: Dancing Man (see main pic, above). Housed in a 14th century brick-and-timber Wool House, this waterside brewery and restaurant is a must for strong IPAs and Sunday roasts. Nearby, Oxford Street’s restaurants are locally acclaimed, including Oxford’s Brasserie, Carnicero (we gobbled fine medium-rare rump here) and the Grand Café, where guests stayed before boarding the Titanic. For coffee, tiny cafe The Docks is a deservedly award-winning artisan beans joint with tasty sweet-tooth delights (like a crème egg brownie) and friendly staff.

A pub crawl? Hell, yeah. After the Dancing Man, make for the Old Town for memorabilia, pictures and local-pub mateyness at The Titanic (Simnel Street), where much of the crew drank – allegedly. Then it’s back to the characterful 12th-century Duke Of Wellington (Bugle St), restored post-war, with beamed ceilings, roaring fire, leather arm chairs and the gentle thrum of elderly inebriation.

Nearby is the Red Lion (55 High St), its interior astonishing, with half-timber-framed vaulted ceiling, known as the court room, and crusaders in armour teetering on the vast inglenook (there’s even a parrot in a cage).

Carry on to Oxford Street for more history, at both The Grapes and lively LGBT pub The London Tavern, with its eye-catching tiled bottle-green exterior (and rowdy Sunday night drag). Finally, don’t miss tiny craft beer haven Caskaway Tasting Rooms, where a host of Hogarthian figures might be sitting baggy-eyed from an afternoon on the strong local ales, as they were on our twilight visit. And the owner is both knowledgeable and super-friendly.

You’ll find this newish opening in the romantically-named Maritime Quarter, adjacent to the Old Town, overlooking leafy Queen’s Park and one minute from Oxford Street (hint: it’s way more relaxed than its famous sibling). It’s a 71-room modern hotel with small gym created by brothers Rob and Stu Godwin: as sailing competitors for Team GB they spent “many a night in soulless and dreary hotels and wanted to offer an alternative”. Hence coming up with what they call the ‘hometel’ concept: not a pretty portmanteau word, for sure, but it’s at least attempting to challenge the mighty Airbnb.

The interior and vibes? The revamped former office block feels very east London – or Berlin – not surprising as the design is by Project Orange, a Shoreditch-based practice. The long living room, open to the public, is divided into distinct areas, with fridges stuffed with cold drinks and booze, as well as snacks, fruit and artisan treats on deli-style shelves. There’s eclectic modern and 1950s low-level loungey furniture, with textural wood walls, white-painted brick, Moorish floor tiling, weatherboarding and exposed pipes. Indoor houseplants and a roaring flatscreen fire add a degree of homeliness, while window seats are lined with throws and cushions in muted palettes, occupied by serious-looking millennials on laptops, who appear to use it as a co-working space. By night the lights dim to cocktail-bar level.

What was good about the bedrooms? The main point of difference here is that you have the room for 24 hours until 2pm the next day – and this is a real bonus. The additional time proved invaluable with a base to pop back to during the morning. Our loft room, whose vast windows allowed the morning sun to streaming in over the park, was spacious, with kingsize bed and nautical-style mezzanine area: we liked the muted colour palette of dusky pink and industrial grey, and the giant burnt orange luxe sofa. You can even self-cater: there’s a fully equipped kitchen and dining table. A bathroom with power shower has posh Malin and Goetz toiletries, port holes referencing its sea-faring location. Oh, and it’s pet-friendly.

Anything on the snagging list? Not much: our only disappointment was that there were only two tea bags and instant-only decaf coffee sachets (we should have simply asked for more). And we would personally avoid slogans like ‘fix up look sharp’ in the bathroom. But that’s just us.

Let’s talk about food and drink. There’s no restaurant; just cocktail bar and cafe, with the likes of Thai green chicken curry, Moroccan tagines and stone-oven pizzas on the menu. Breakfast is £10 extra (£13 if you don’t pre-book), the usual buffet-style mix of self-service cooked and continental.

All in all? This is a smart spot to stay, in what’s probably the best part of the city to spend your valuable 24 hours.

Southampton is 80 minutes from Waterloo by train. Double rooms at Room2 from £89 per night. Book at: room2.com