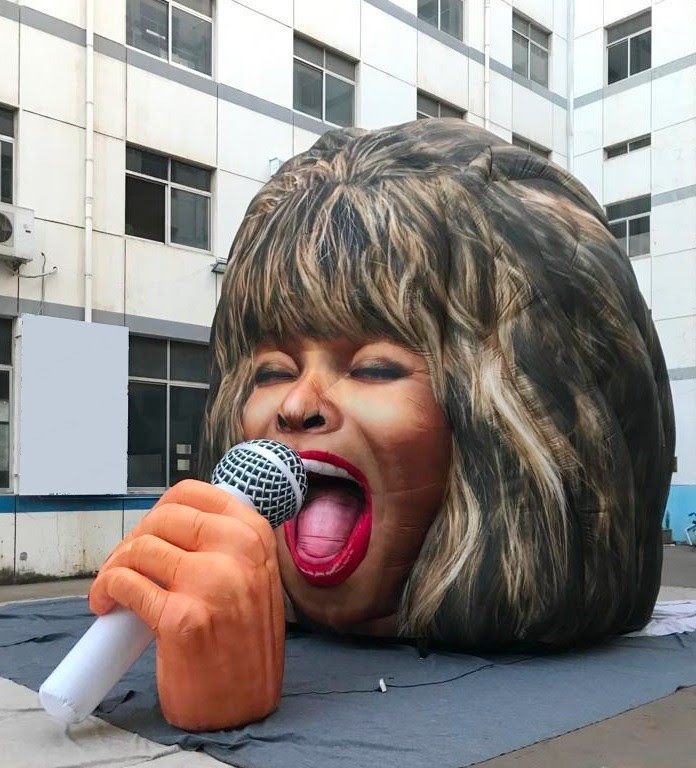 When it comes to excitement about hosting the Turner Prize, Margate is getting a big head. Literally.

Amusement park Dreamland has just commissioned artists Cool Shit to produce a giant inflatable sculpture of Tina Turner’s head in the run up to the Turner Prize 2019 exhibition. Cheeky, no?

For the uninitiated, Cool Shit have been making inflatable sculptures ever since they first decided to share a giant version of Lionel Richie’s head in 2013. Other work includes sculptures of Kanye West, Snoop Dogg and Nicholas Cage In A Cage – and they’ve exhibited in New York, Miami Beach, London and Paris. So this is something of a Big Deal.

Standing seven metres tall and another seven wide, the huge piece of fan art will be unveiled at the park on 10th August, and the good news is that anyone can visit it every day over the summer for free.

It will even contain a karaoke booth so fans of the iconic singer, who turns 80 (!) this year, can belt out smash hits like What’s Love Got To Do With It, Private Dancer or our personal favourite, Confidential, to their heart’s content.

It also marks the launch of Dreamland’s answer to the Turner Prize 2019, which comes to Margate’s Turner Contemporary gallery on 28th September.

Called the – ahem – Tina Turner Prize, it’s an open competition to find a new work of art inspired by the soul legend to adorn Dreamland’s Mural by The Sea billboard.

The singer’s head will be launched in time for LGBTQ+ fun at Dreamland’s own Pride celebrations (10th August), when the park will be awash with rainbow-themed performances including Melanie C Ft Sink The Pink on the outdoor Scenic Stage.

The real question is: will the lady herself be there on the day? That would be (simply) the best.

This is box title
Dreamland Margate is free to enter and is open every day of the summer holidays (pay per ride or buy discounted ride wristbands in advance online). More info: www.dreamland.co.uk

Like the Kent Coast as much as we do? Read more in our separate guides about Margate, Whitstable, Broadstairs and Deal.