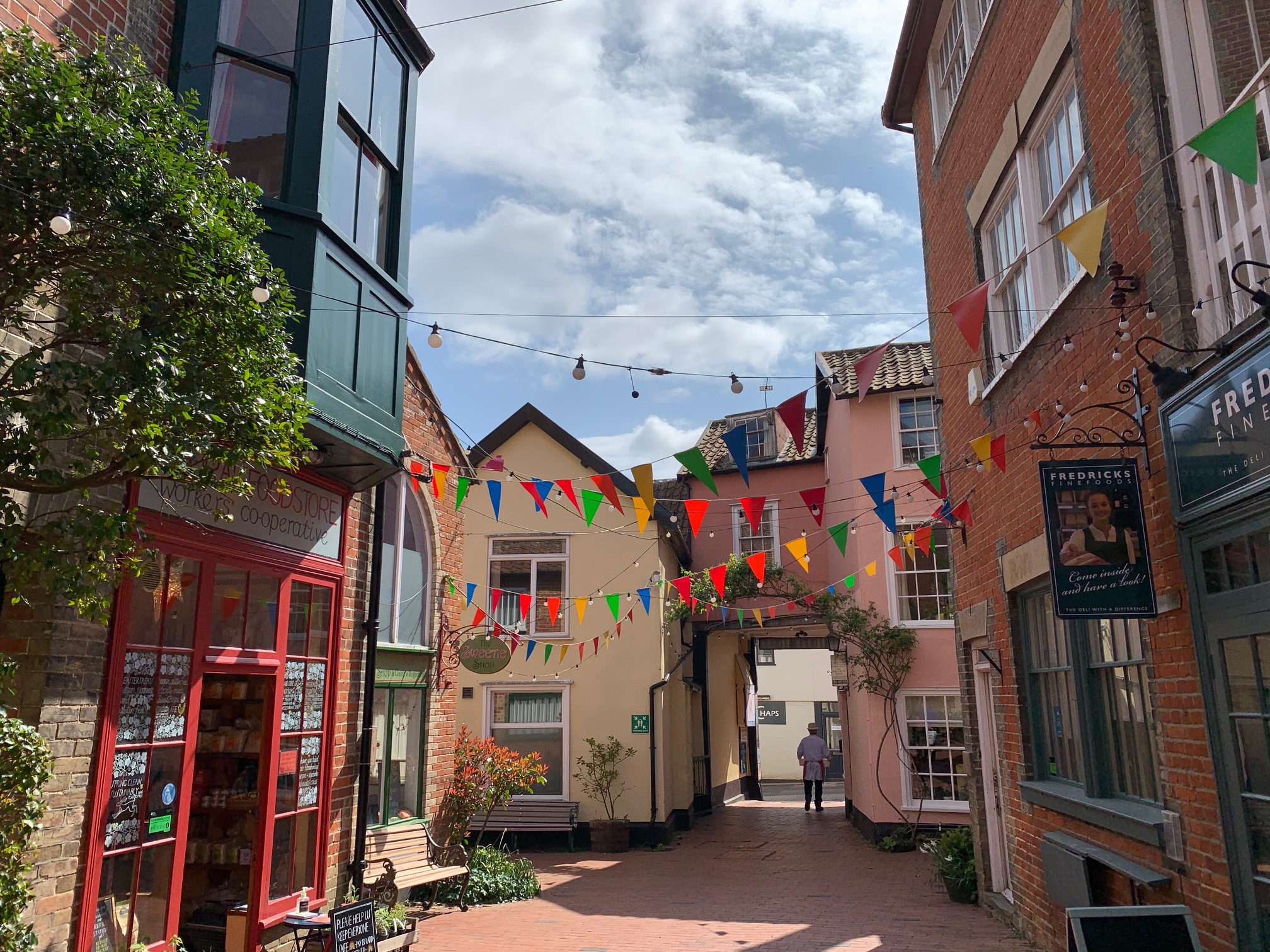 A Beginner’s Guide to… Diss, Norfolk

This underrated south Norfolk town is well connected by train - and waiting to be discovered, says Stephen Emms

Where exactly is it? Diss is on the Liverpool Street to Norwich line, around an hour and a half from London. It’s an ancient market town in South Norfolk centred around a pretty six-acre lake, called the Mere, with a hilly Old Town behind that’s peppered with historic buildings, including a 14th Century church.

So what goes on there? Start in the Old Town and walk up St Nicholas Street. The attractive Diss Yards (see main pic above) are full of independent stores and cafes, from old-fashioned sweet shops to antiques, crafts, healthy cafes and natural food stores. Don’t miss the cavernous Designer Makers 21 studio and gallery opposite, with its many rooms, exhibitions and courtyard all housed in a former factory.

Need a caffeine kick? Try an espresso at the characterful little Diss Deli on St Nicholas Street. Cup in hand (you can also sit inside), stroll further uphill to admire the landmark 1850s Corn Hall,  now a multi-use arts centre, recently restored, like much of the Old Town, under a £3.4 million initiative to create the Diss Heritage Triangle.

What else shouldn’t I miss? The Boardwalk: at the top of Market Hill, this is the centre-piece of the town’s regeneration project. A new park has been created with spectacular views over the Mere, and an attractive path down to the Boardwalk, which crosses the water and connects with Mere Street. It’s a peaceful, surprisingly leafy spot.

I’m hungry now. Where should I eat? Try No.11 Bar & restaurant. My father always loved Weaver’s too, a long-running wine bar and restaurant where we would often go for a celebratory family dinner. There’s also artisan pizza and craft beer at On The Hill (15b Market Hill).

A pint? Head to the walled garden at the Saracen’s Head, which dates back to the 16th century on pretty Mount Street. Another pub, the Greyhound, is on St Nicholas Street, or walk down to the Waterfront Inn for a glass of wine with a view over the Mere.

Don’t miss: Diss Publishing – this local gem, established back in 1864, offers a variety of books, stationery and gifts right in the middle of Mere Street. There’s even a coffee shop at the rear to rest your feet and look out over the water.

A final tip? My all-time favourite pub in Diss is a ten-minute walk out of the town centre at Fair Green. The Cock Inn, run by Chris Gissing, who was previously at the Fayre View restaurant next door (another favourite of my father’s), serves impressively foodie dishes in a relaxed historic pub that’s been trading for 500 years. Every time I’ve eaten there it hasn’t disappointed. It also overlooks an open space that has served the town for nearly a millennium: lined by houses, it makes a pleasant after-lunch stroll. There’s a useful and pleasant cafe, the Angel, located on the far side of the green too: tasty lunches, good cakes and coffee abound. And, as with the rest of the town, it’s all within walking distance of the mainline train station.

Find out more about Diss on the official website for visitors here.