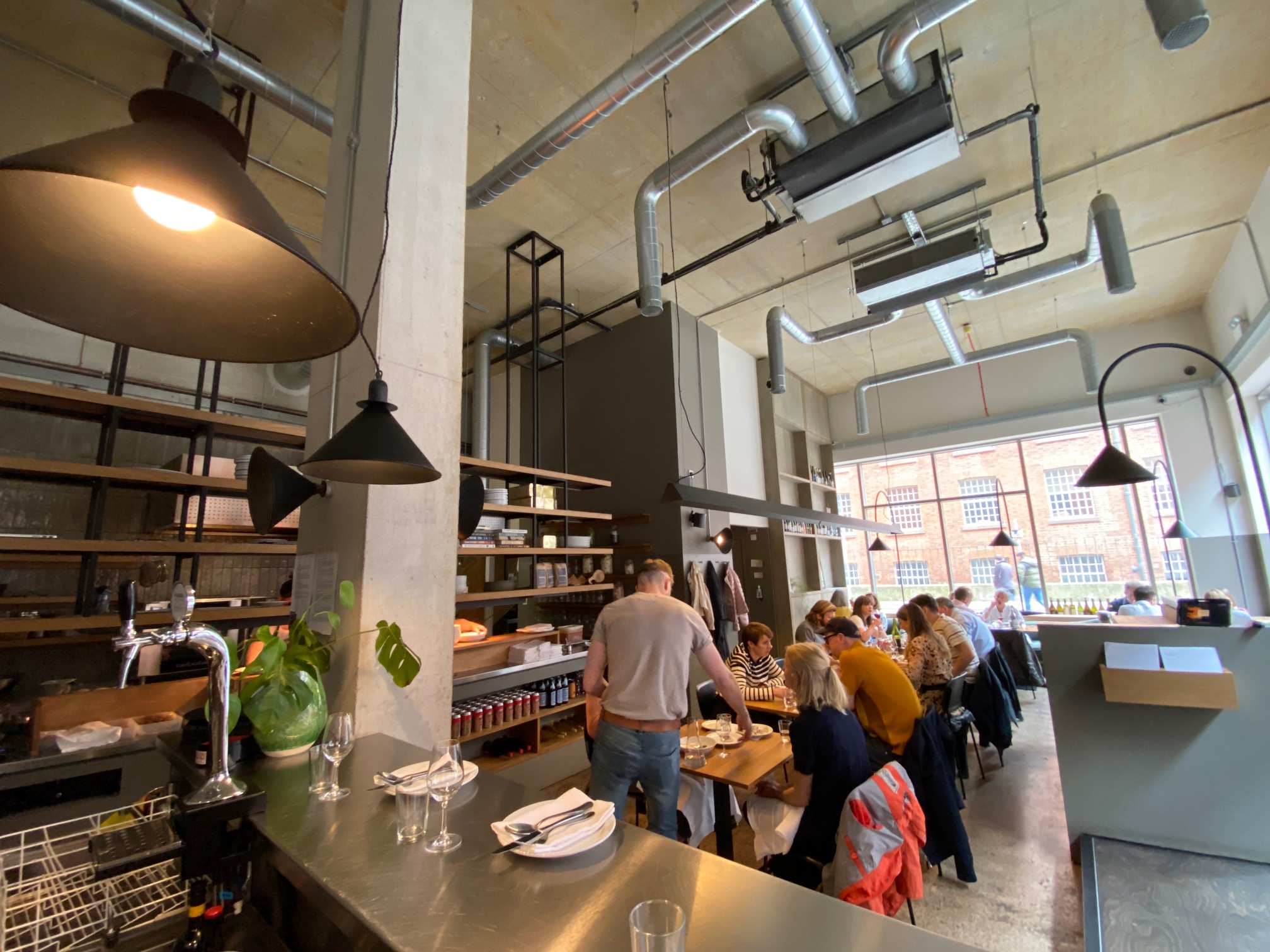 A beginnner’s guide to…. Ancoats, Manchester

A brief glance at the city's most exciting neighbourhood

Where exactly is it? Just beyond the city’s long-vibrant Northern Quarter; over the noise and grit of Great Ancoats Street, in fact.

So what goes on there? All things food and drink, to be honest, with some waterside culture thrown in for good measure. Ancoats, back in the late 18th century the world’s first industrial suburb, is now a haven for artisan coffee, craft beer and sharing plates – but without the wankiness that that might suggest. Perhaps it’s because Ancoats is relatively new – with 80% of its former factories and warehouses derelict until its emergence in the last decade as one of the ‘world’s coolest neighbourhoods’ (according to Time Out; see also The Liberties in Dublin).

What should I eat? That’s easy. No, actually, it’s really hard: go for Michelin-starred Mana, if you have the cash and the vision to book upfront, or do as we did and get lucky on a Friday lunchtime at the wonderful Erst (main pic, above). In its airy, refined dining room, you’ll find top-level creations including rabbit, bean and wild garlic stew, steak tartare with anchovy and kohlrabi, and beetroot with ajo blanco and green chilli. Don’t pass over the grilled flatbread with gremolata, either. Oh my.

Anywhere else? We also enjoyed the Jane Eyre, which pairs impressive cocktails (above) with a more relaxed list of small plates in a gastro-pub style room. Favourites? Salmon with pico de gallo, curried cauliflower with kale pesto, raisin and capers, and ham hock and Manchego croquettes (with a delish minted pea dip). And their negronis are excellent.

What about brunch? You could try breakfast at a different spot each day of the week, such is the number of coffee shops, but our tip is the waterside Pollen Bakery, an insanely popular artisan spot: on separate visits, its coffee, deeply chocolate-y cookie and fantastic bacon and fried egg brioche bun (below) were all devoured hungrily. Even the fresh orange juice tasted poppingly fresh. Downside: get there after 11 and you’re basically queuing all morning.

Drinks? You’re spoilt again: how about a local pint at the historic Crown & Kettle, on the edge of Ancoats and with an ornate high ceiling to gawp at as you sip? Or a natural wine in the Scandi-style minimalist interior of Kerb; or a beer from The Counter House right on the central Cutting Room Square? And as for the rather elegant interior at the Edinburgh Castle, don’t miss the candle-lit back room if you’re feeling romantic. As it happened on our visit, we weren’t (lol).

What’s the overall vibe like? Chilled and more open than the more narrow streets of the still very lovely Northern Quarter: best wander both together as the two areas juxtapose each other beautifully. And an essential stop for LGBTQ travellers in the latter is the Queer Lit bookshop, too.

Stay at: Ancoats is just ten minutes’ walk from Piccadilly station, so we booked the Abode Hotel, a former textile factory with decent-sized rooms, restored historic features – and knowledgeable staff. Recommended, and well-priced at about £110 a double.

Manchester is just two hours from London on the train. Follow @visitmanchester for more.