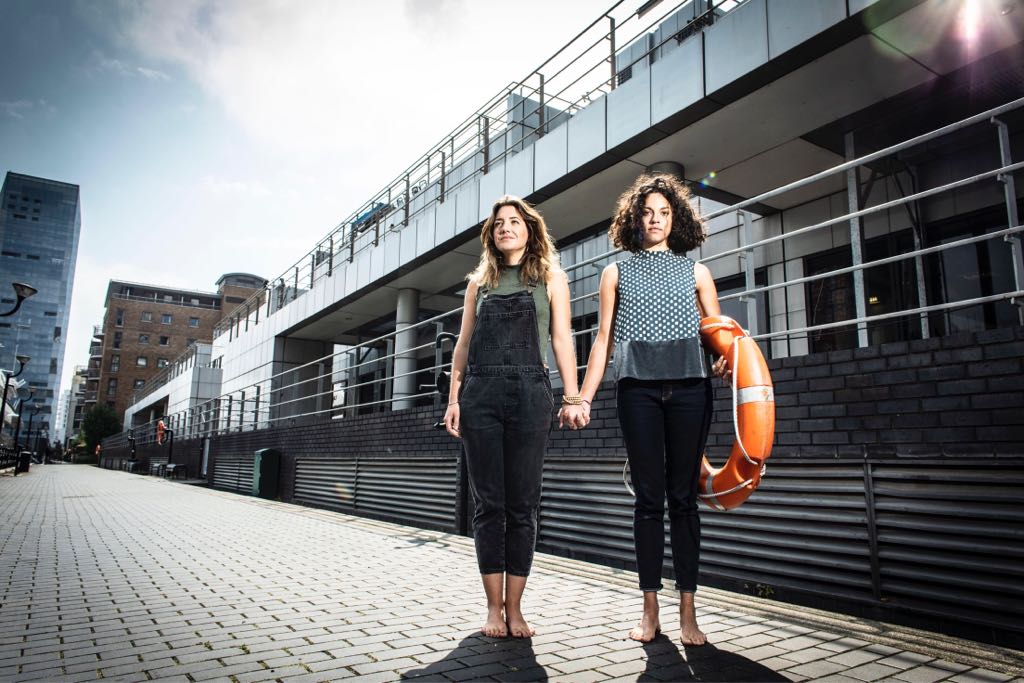 t’s August, which can only mean one thing, Edinburgh is bursting at its seams. Troops of thespians, comedians, drag artists, Trump impersonators and student improv groups are currently hurtling around the city, patrolling the streets and pitching their productions to passers-by.

We headed up north on the first weekend of the 25-day festival, where we got bombarded with flyers and paid our dues to the hefty Fringe Programme. And while we saw some brilliant performances, others didn’t sit quite so right.

To spare you less of the latter, here’s a trio of jewels from this year’s offerings.

his two-hander musical, written and performed by Jessica Butcher and Anoushka Lucas, is a sharp commentary on the brain’s unruly response to grief. The pair play the same person – one through words, the other in song – and tell a tale that is gut-wrenchingly tragic at times, hilariously funny at others.

Through Anoushka’s hauntingly melodic tones and the raw honesty of Jessica’s performance, they merge astute observations about the tumultuous quest to locate love and the ecstasy of finding it, while the ever-looming cloud of losing a loved one hangs overhead.

Sparks does so without submerging the audience in the gloom of its subject matter; though admittedly most of the room are seriously sobbing halfway through. They manage to pep people up with uptempo piano solos, reenactments of a game of laser tag and blissful tales of shagging in a field. Until 26th Aug, Pleasance Courtyard Beneath, 11:30am (1hr), 14+, tickets here.

his joy-filled assault on the expectations placed on ageing women sees Abigail Dooley and Emma Edwards set off on a riotous quest to locate the fountain of perpetual youth. On the way, the 50-something pair meet ghoulish apparitions, Spanish plastic surgeons and learn the utility of the revered knee-length beige cardigan, aka “the cloak of invisibility.”

It is fake-teeth wearing, plastic sword flailing ridiculousness, but it’s neatly interspersed with poignant insights into society’s dismissal of ‘women of a certain age’ and empowering jabs at the absurdity of patriarchal beauty standards.

The chemistry between the duo radiates through the audience – who spend the majority of the performance bent-over and belly-laughing – as they witness two friends slate the patriarchy with silliness. Until 27th Aug, Jack Dome Pleasance Dome, 4:10pm (1hr), 14+, tickets here.

his one-woman drag-cabaret sees Peter Clement masterfully tell the fictional tale of Frau Welt’s ceaseless clamber to fame. As she makes her way from Weimar Berlin to Broadway, her glamorous façade cracks with venomous – yet always hilarious – acts of aggression towards those thwarting her path to stardom.

With her eyes ever-watering and her jaw clenching ever-tighter, Welt skilfully portrays the anguish of witnessing fame fade in and out of grasp. All the while she moves around the stage with silky fluidity and occasionally wades through the audience, plucking unsuspecting members from the crowd, who seem so charmed by Frau they immediately settle into life on stage. The performance ends with an ovation-worthy commentary on queer identity and the fragility of the masks we wear. Until 25th Aug, Assembly Rooms, Blue Room, 8:35pm (1hr), 12+ tickers here.