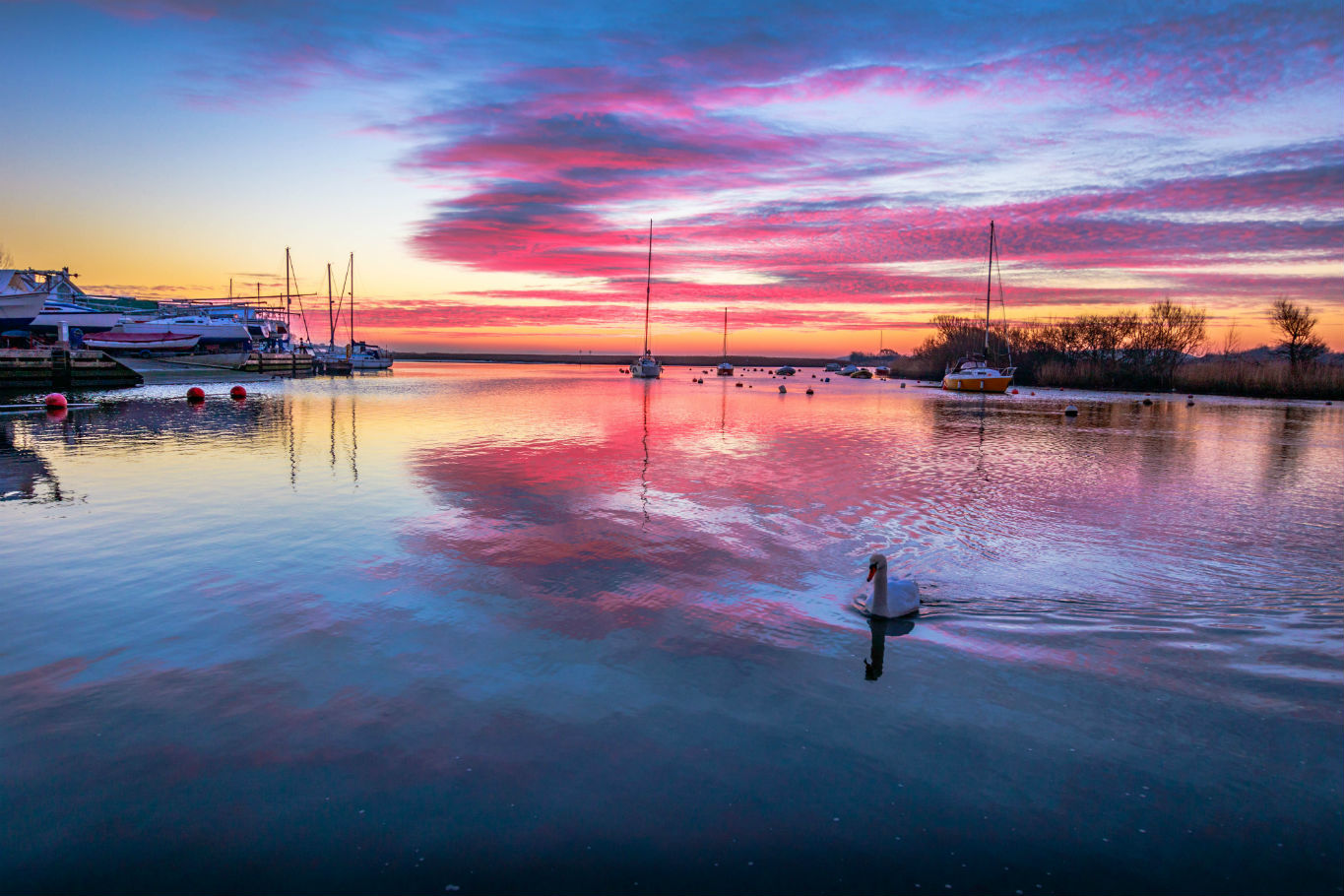 Age: Getting on for 1400 years – really, it’s that’s old. Founded in 650, the borough of Christchurch lies at the junction of two rivers – the Stour and Avon. Back then it was known as Tweoxneam (Twynham); these days, there’s a school in the area which goes by that name (where none other than Jamie Redknapp attended). And at what point did its moniker change? In 1094, when the impressive Priory church was built.

Where exactly is it? On the south coast – in Dorset – with Bournemouth to its west and the New Forest eastwards. But you could be forgiven for thinking it’s in Hampshire: it was part of that county until 1974. On a good day, journeying from the capital takes under two-and-a-half hours by car; otherwise it’s an easy train ride from Waterloo.

So what goes on there? Originally a harbour town with a thriving fishing industry, it was also a haven for smugglers, an illegal trade many locals were involved in. In fact, a barney between bootleggers and customs officers culminated in the Battle of Mudeford in 1784.

Nowadays, the picturesque settlement is a haven for retirees (almost a third of people are over sixty-five) and with the crime theme lingering, it feels like the backdrop for an episode of Midsomer Murders: there’s a super pretty quay filled with dinky boats and giant swans, a charming bandstand, and a quintessentially English air to the place.

Begin with a stroll along Ducking Stool Lane and check out the strange contraption that was once used as a punishment for women found guilty of anti-social behaviour. Catch a glimpse of the mound-top ruins of the 12th-century Castle before wandering along Church Street, with its array of independent shops. Our faves are Bodega (12 Wick Lane), for wine (more on this gem later) and Bombshell Chic (The Old Sorting Office, Wick Lane) for vintage garms. Then amble through the churchyard of the imposing Priory before reaching the water.

I’m hungry now. Where should I eat? Options aplenty fill this small locality: for breakfast, check out The Boathouse (Quay Road), a casual spot right on the river with alfresco seating, a buzzy atmosphere and amiable service. On a warm day, bag a seat outdoors and people watch whilst devouring a top-quality Full English.

As dinner o’clock rolls around, our top tip is the restaurant at high-end hotel the Captain’s Club (Wick Ferry, Wick Lane). A modern space with views out to the River Stour, feast on the likes of just-cooked scallops with velvety cauliflower purée, coriander gel and shaved coconut, or blushing duck breast with Thai red curry sauce, bok choy and crispy shallots.

Anywhere else? Try acclaimed Splinters (11-12 Church Street), a place with an excellent rep that’s been around for half a century. Nestled in the heart of the town, it’s a cosy place for a romantic fine-dining meal. Just across the road is relaxed Loch and Quay (24 Church Street): dive into a plate of fish and chips, or for something meatier opt for tender lamb rump with potato hash.

I want caffeine! Then for goodness’ sake head to Coast Coffee on the High Street, the owner of which used to cook for Dubai royalty.

How about a pub crawl? Start the evening at Bodega, an intimate wine bar (and merchant) with low-level lighting, rustic wooden seating and keen to please staff. Featuring an array of eye-catching bottles, sip on a glass of Portuguese Convento Da Vila, a tropical white with floral notes. More into red? Try the spicy and well-rounded Combel-la-Serre French Malbec.

To accompany, sample a carefully prepared meat and cheese board, or a selection of small plates (we enjoy the giant padron peppers, punchy black olive tapenade and high-quality olive oil, served with crusty bread).
If you can bear to leave, meander a few doors along to traditional boozer the Thomas Tripp (10 Wick Lane) for a quick pit stop. The added bonus? It’s home to a large outside seating area.

Finish the night at the Kings Arms (18 Castle Street): the stylish bar has a DJ at the weekend and a novel menu. Their ‘15 Mile Cocktails’ are made using ingredients from the local area. How does a Dorset Negroni sound? Beetroot-infused Campari with Martini Rosso and Conker gin.

What else can I do? Catch a boat from the waterside over to Mudeford, where fine sandy beaches await. The Beach House (sister joint to The Boathouse, on The Spit) offers no-frills food in a scenic location. Take a leisurely walk past the vibrant beach huts (one recently went on sale for a whooping £300,000) before hitting woodland that takes you around to Hengistbury Head, with its panoramic views.

Further afield, head into the New Forest to catch a glimpse of the free-roaming ponies or take the short ferry ride from Poole to Studland. In both places you’ll find an outpost of The Pig, the homely collection of hotels.

Where can I stay? Rooms at the ideally situated Captain’s Club are sleek and capacious (from £159 midweek), and dogs are permitted too in their luxury suites. On a par with this is the Harbour Hotel & Spa (from £121 midweek). Slightly out of the centre (a ten minute drive or a half hour walk), but with gorgeous views and super comfy bedrooms, it’s definitely a contender. Plus, it houses The Jetty, another top-notch choice for food.

This is box title
The Captain’s Club, Wick Ferry Wick Lane, Harbour Hotel & Spa, 95 Mudeford Road. Christchurch is two and a half hours’ drive from London on the M25, M3 & M27.