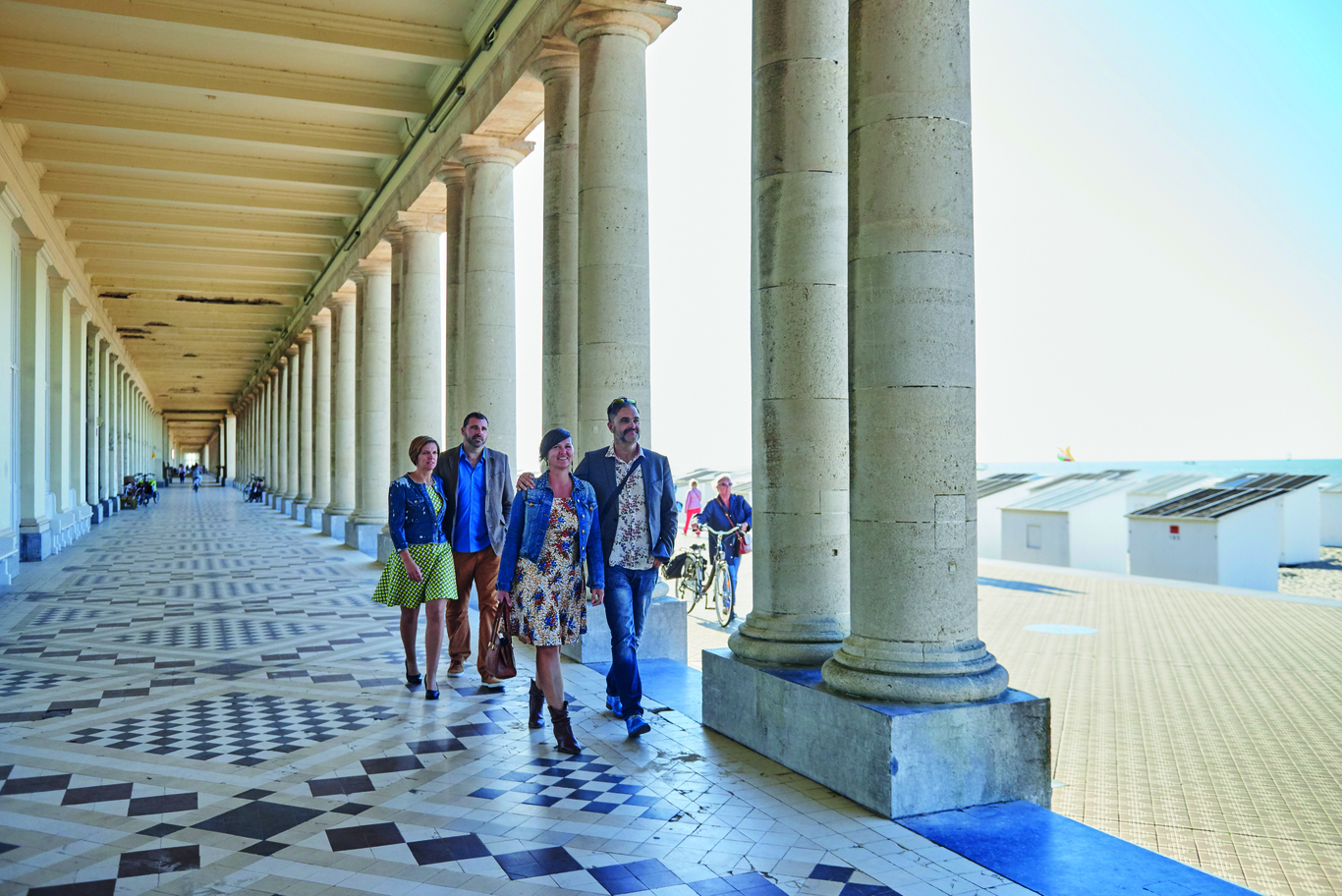 In the second of our Belgian Roadtrip series, we take a 24-hour tour of hip coastal city Ostend

Next we hit the bright lights of the coast’s only big city, where, unbelievably, the sun only shines on our departure a day later. Compared to dreamy De Haan, Ostend is a very real, authentic town, its seafront bombed heavily in World War II, then rebuilt in all manner of styles.

The promenade curls round a typically vast sandy beach, wide enough to accommodate the imaginative hotch-potch of hired vehicles in which visitors choose to traverse its length, mostly four-wheeled variants of a push-bike (some carrying six people – talk about pedal power). We choose to walk today, passing the landmark 1953-rebuilt Casino and beach bars with names like Bondi – all Ibizan terraces and palm trees – towards King Leopold II’s former villa, now a luxury hotel, with its much-photographed marble-tiled porticoed walkway (see main pic, above).

It’s a Monday, and most of the restaurants we hope to try are closed, from seafront hotspot Histoires d’O to hipsterish joints like Frittur Frannky and Mommy’s Bastards. As we discover in many places, lunch service mostly stops at 2pm, which catches us out regularly. One destination joint not subscribing to such a rule is the terrace-top Panorama restaurant, six floors up in the austere old post office building, now an ad-hoc Cultural Centre. The views over Leopold Park are incredible – and just as memorable as our vegetarian plates of roasted veg, yoghurt and giant couscous. Back down in the ground floor Cultuur Cafe we gawp at the deco features.

Later, under gossamer skies we slope round the bay to the Visserskai, the fisherman’s harbour, where locals gather to buy glistening just-landed plaice and prawns at the daily stalls. Dinner is at the Restaurant Bassin, a moment from both the imposing St Peter and Paul church and the main train station, a simple brasserie with plenty of harbour activity to survey as you munch. Their shrimp croquettes are understandably a thing (earlier we watch buckets of the teeny crustaceans being hand-peeled methodically by women in the market). A healthy mound of steak tartare with chips and retro salad follows, washed down by Beaujolais, as the sun sets over the terminus. There are worse ways to spend a midweek evening.

And culture! Lest I forget, Ostend is stuffed with it: top tip is the Crystal Ship, a now-permanent trail of street art and murals by 15 international artists: a map guides us round key locations, only time running out before we can tick them all off. The aforementioned Beaufort Triennial is in evidence here too, most notably in Stief Desmet’s human-size whelk at the end of the harbour arm. And the city’s major contemporary art gallery Mu.Zee contains a thrilling retrospective of seminal local artist James Ensor, plus his contemporary Leon Spilliaert.

We lap up as much of all this as possible – but our 24 hours are sadly over. There’s so much to do that we don’t even have time for a cocktail in our hotel Upstairs, a quirky reinvention of the old Hotel Astor, with black façade, industrial-themed interior, warehouse-style bar and outside courtyard with living wall. Bedrooms are ultra-modern with neat balcony and (twisty-head) sea views; breakfast an eyes-on-stalks buffet of breads, croissants, hams, giant cheeses, fruit and more.

We also don’t get to shop on Kapellestraat, or hang out on what looks like the real party street (Longestraat). We do, however, manage a couple of drinks in some of Ostend’s gay bars, including the fabulously named Taverne Ding Dong. How on earth can our next destination compete with that? 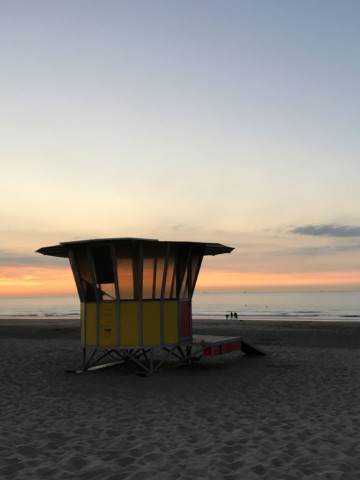 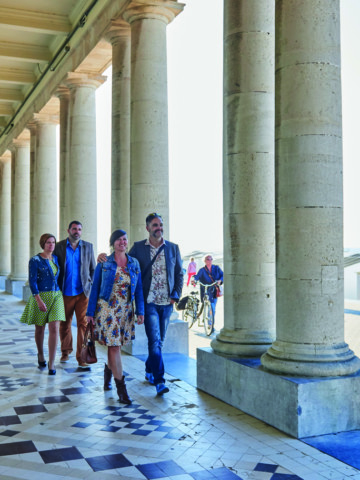