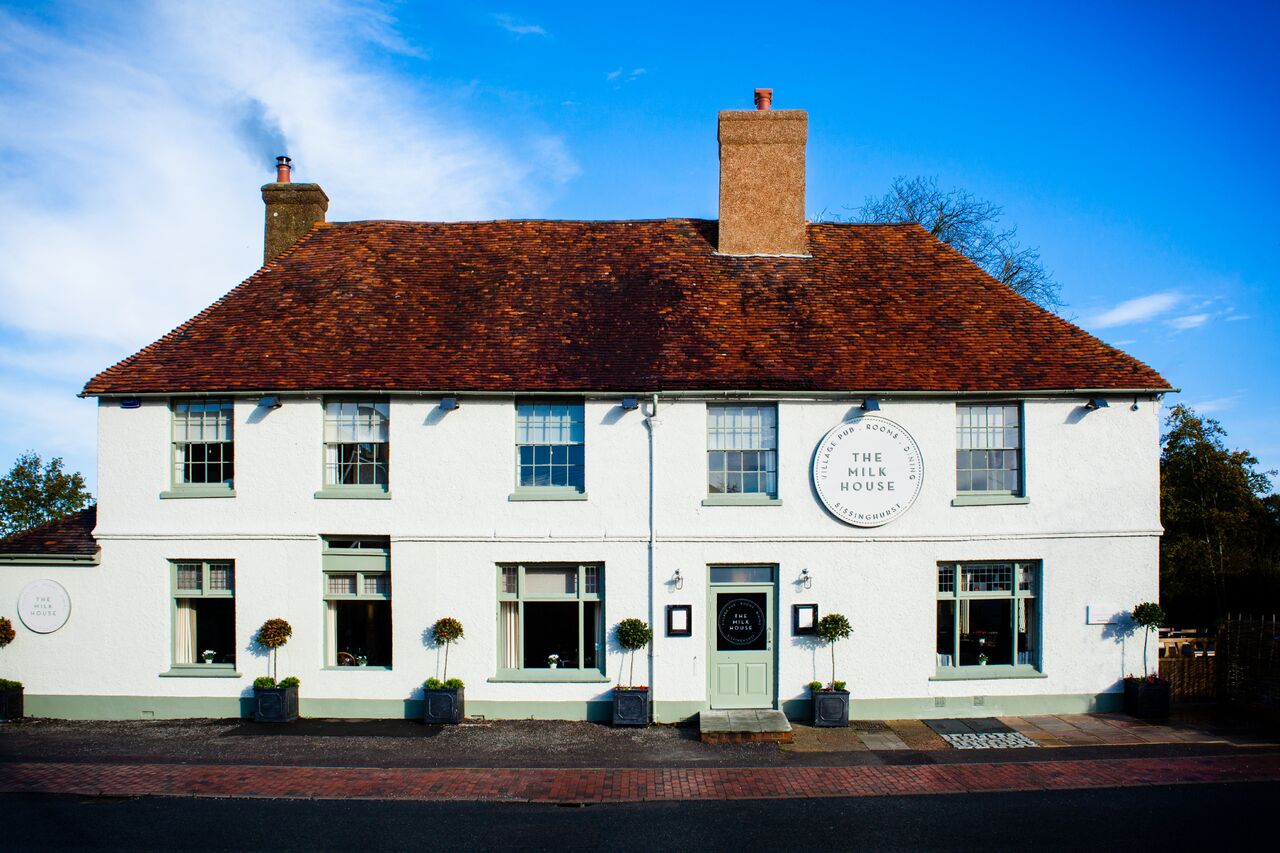 Earlier this year, we discovered newish pub-with-rooms the Barrow House, a picturesque weatherboard-clad pile in the sleepy village of Egerton in Kent. It was one of those rare surprises in the UK: an impeccable attention to detail both in the rooms and kitchen, from the sheer comfort of the beds to simple ingredients cooked with real flavour. And good value for money, too.

It turns out the owners also run the Milk House in swisher Sissinghurst, long on the tourist map for its castle and sprawling garden made famous by bohemian 1930s couple Vita Sackville-West and Harold Nicolson. So we had to pay them a visit.

Turning up on the eve of their four-day Milkfest festival in late August, the place is in full swing: a huge outdoor courtyard, with duck pond and beer garden behind, is alive with convivial drinkers, all ordering local craft beers from outside bars, or pizza from the red-hot wood-fired oven.

Over a Kentish gin, owner-chef Dane Allchorne tells me that the attractive 16th century hall house, with timber beams and Tudor fireplace, used to be a rather basic pub called The Bull, until he sold a flat in London to take a chance on it four years ago.

And the gamble has paid off. The dining room on this midweek evening is as heaving as any in London, and we sit in a corner and once again admire the apparent simplicity of the menu.

The trick – if there is one – seems to be to balance more experimental starters – say grilled langoustines with fennel, smoked lemon and charred lime – with mains that appeal to hungry locals, visitors and more daring diners alike.

Our starters are eye-catching and textural, although a tuna tartare with flying fish roe, lemongrass, sweet soy and black sesame toast might perhaps sing louder with a splash of sesame oil. Meanwhile tenderstem broccoli with feta, dukkah, radish slices and root crisps really benefits from a coating of hazelnut oil. And a bottle of Saumur Champigny Cabernet Franc is more than a match for both, its ruby red appearance yielding smoky tobacco notes.

Since we’re miles inland we eschew piscine mains and opt for meaty options instead: thick slices of red flat iron with porcini salt straddle four stocky rectangular polenta chips, a herby tomato confit and addictive mushroom ketchup. Even better is the poussin bejewelled with pomegranate seeds and a thick slaw of red cabbage, spinach and atypical blackberry, all mounded onto a potato waffle.

Sounds hearty, right? Right. Exhausted, we swerve desserts to try and walk the meal off round the village – all Georgian windows, posh shops and clapboard exteriors – before hitting the sack in our capacious room. As at the Barrow House, it’s spotlessly clean with bouncy kingsize bed, snow-white linen, spacious bathroom with rain shower, and inglenook fireplace. Sash windows allow scenic views of the village and surrounding orchards, too.

We sleep well, and in the morning breakfast is so effortless we ponder again what their secret is. Soft poached eggs, centres explodingly golden, shimmy on toast, with just a hint of lemon; and a slice of griddled umami-rich bacon is probably the tastiest I’ve eaten this year.