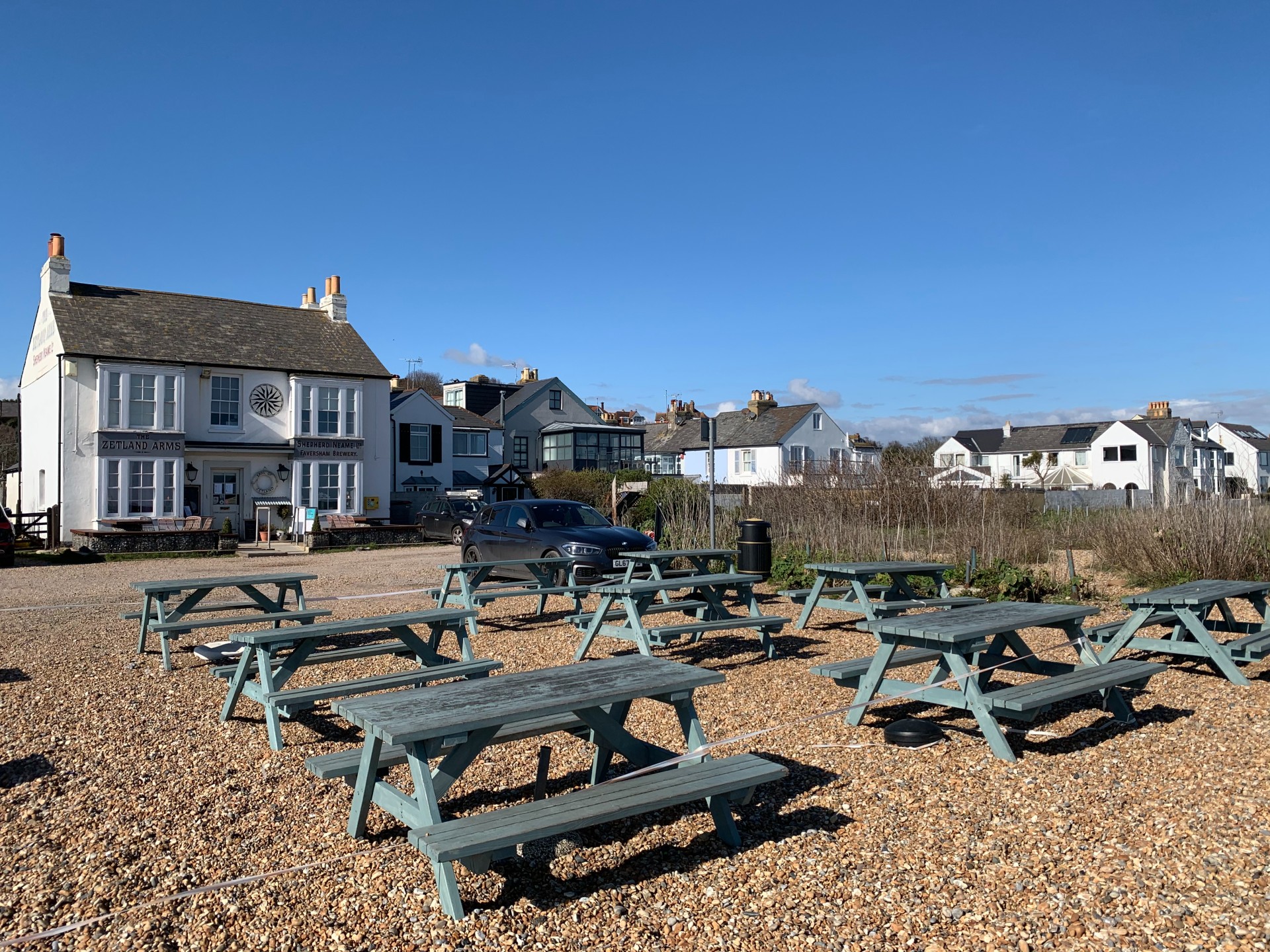 As a Thanet-born man who has lived on the Kent Coast on and off for over fifteen years – and written about it for as long – I reckon I know a thing or two about the most tucked-away places to eat and drink.

On this site over the years, I’ve written about most of the coastal towns, from Whitstable to Folkestone, Margate to Broadstairs and Deal.

Head to my Guardian article here to see the full rundown of off-the-beaten-track pubs. But here are my personal favourite five:

Earl of Clarendon, Sandgate
At the western tip of the town’s esplanade – appropriately enough called Brewer’s Hill – you’ll find the tiny Earl of Clarendon. Its outside seating, framed by palm trees, takes over the pedestrianised steps, and offers panoramic views over the coast. With proper pub grub and, on our last visit, table service due to Covid rules, it’s a very pleasant, romantic way to while away the hours on a fine day. the-earl-of-clarendon.business.site

The Rose in June, Margate
Just behind the point where Margate seafront morphs into Cliftonville, is the restored Victoriana of the Rose in June pub, all scrubbed-up Victorian back bar and stripped floors. Happily, there are two outside areas: a flint-walled garden to the side with covered booths, tables-for-two and banquettes, as well as benches out front and lots of foliage. A useful option to kick back with a local craft beer, or quality burger from current kitchen residency Barletta Margate, just a little way away from the crowds. roseinjunemargate.co.uk

Deal Hoy, Deal
A locals’ favourite is Georgian backstreet inn The Hoy, predictably enough named after the town’s unparalleled nautical history. With a low-ceilinged and characterful interior ideal for wintry nesting, its summer artillery comprises a capacious walled garden, with suntrap patio and shady areas, as well as tropical plants and a covered deck. Perfect to tuck into one of its speciality wood-fired pizzas or a Shepherd Neame ale or three. dealhoykent.co.uk

The Zetland Arms, Kingsdown
On one of the most famed beauty spots on the Kent Coast, occupying a remote corner overlooking the White Cliffs, is a beachside pub sat firmly on the shingle, its outdoor benches overlooking beach huts one way, curving bay the other. There is also a rear courtyard, with parasols and the odd tropical pot plant if you need to escape the sun. Should the Zetland itself be too busy, walk five minutes around the corner to the nearby Rising Sun, an attractive weatherboarded watering hole built in 1692, perched at the foot of the hill climbing up into the village. zetlandarms.co.uk/ theriserkingsdown.co.uk

The Pullman, Folkestone
On the edge of Old Town area The Bayle, just at the top of the Creative Quarter’s steep Old High Street, is this satisfyingly tucked-away gastropub: the garden, on different levels, is a proper sun-trap, with tropical palms and plenty of room to people-watch over a craft beer or cocktail. Reopened few years back, the Pullman’s been such a hit that its owners are now one of the town’s movers and shakers, with their waterfront pub The Harbour Inn, and several restaurants including Lubens Pizza, all doing a roaring trade. thepullmanfolkestone.com