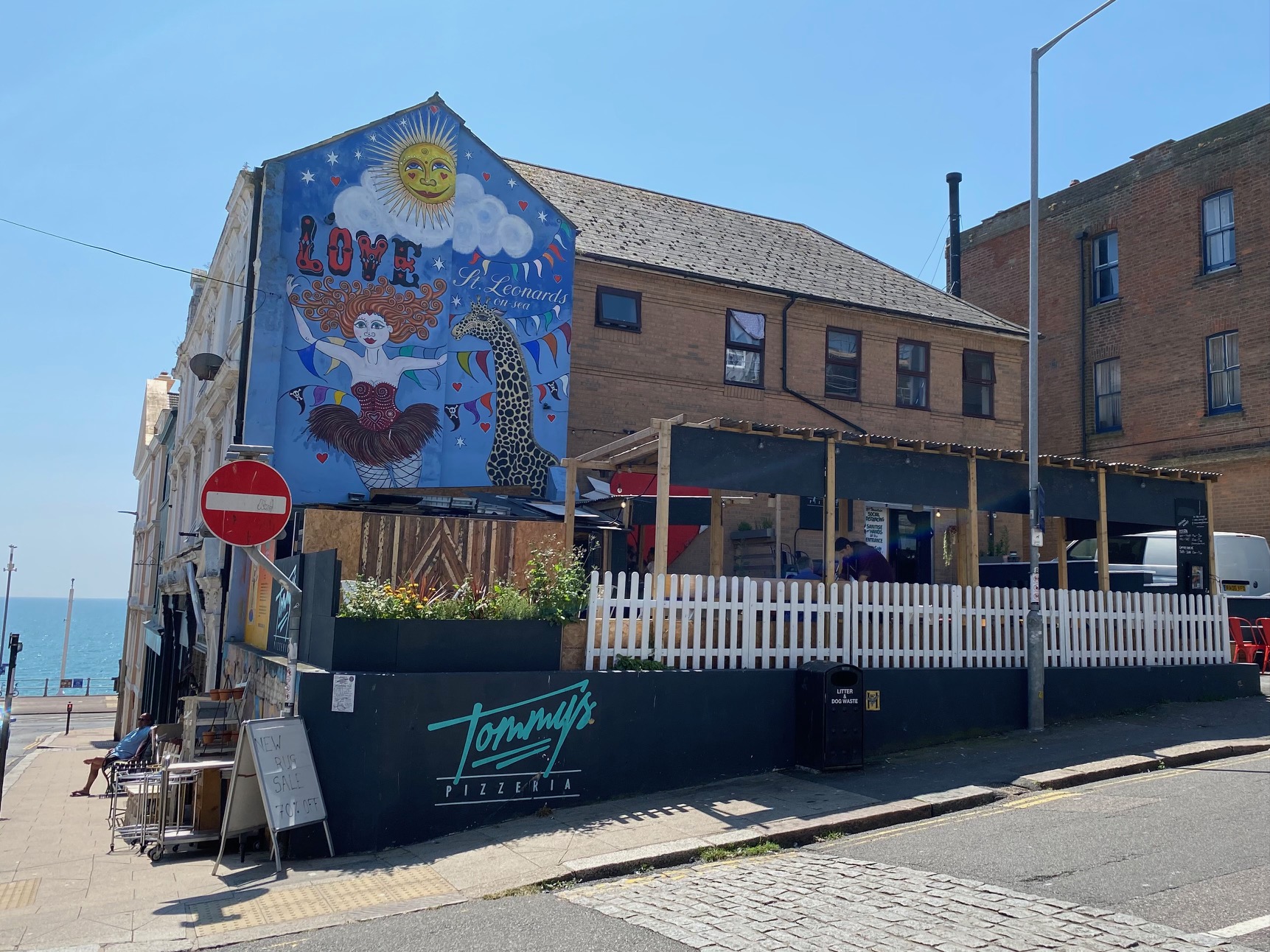 What is it? A grandiose, purpose-built resort founded by 18th-century architect James Burton, who had developed large areas of Bloomsbury and Regent’s Park. St Leonard’s initially attracted artists and writers including Turner and Rossetti, as well as the super-rich, in its heyday – but declined sharply in the 1980s and 1990s. For a while amongst the most economically deprived districts on the south coast, it’s been undergoing a revival of which many seaside towns can only dream.

So what goes on there? More than enough for a weekend minibreak. But first: hit the shingle beach, so vast you’ll never be too pressed against another body, especially in deepest autumn. Behind, explore beautiful squares – such as Warrior, pictured further below – as well as bucolic parks, a sunken lake and gardens up in the Maze Hill area.

Is that it? Hell, no. Eye-catching 18th and 19th century architecture aside, lick your lips for an awful lot of foodie-ness. Start with Goat Ledge on the seafront – a colourful multi-purpose coffee bar, brunch, lunch and cocktail stop; they even brew their own pale ale. Nearby is the stylish Heist, a new indoor food market with an eclectic range of streetfood, a seafood restaurant, lots of seating, and tasty local Three Legs Brewing, who operate a tiny taproom. This place is a must.

Where else should I mooch? The main strolling areas are the King’s Road (where acclaimed gastropub The Royal faces the train station), hilly Norman Road, and the long seafront. All are peppered with high quality eating and independent shopping options. King’s Road boasts artisan coffee (try Fika), micro bakery Maker + Baker, natural wines and small plates at Farm Yard, and healthy, well-priced lunch wraps at Dandelion. I like to browse in literary haven The Bookkeeper, too.

Food-wise, try Parlour, Tommy’s Pizzeria (see main pic, above) and Galleria, as well as, at its tip, the town’s original top restaurant, St Clement’s, which has never disappointed on the many times I’ve eaten there in the last fifteen years.

Meanwhile, down on the seafront, Marina Court has a line of good restaurants, bars and local galleries, including Half Man Half Burger – whose burgers are always juicily pink (see below), Graze, the Libyan Coast (for Syrian and Lebanese cooking, currently hosting a curry pop-up) and extremely sociable cocktail bar Twisted Bunny.

Ah yes, drinking! If that’s your thing, a slew of options are in evidence. There are pubs are tucked away on side streets, from old fave the Horse & Groom to refurbed boozers like St Leonard, on London Road, and The Piper, by Warrior Square. Look out for new LGBTQ-friendly venue Forbidden Fruit, where I enjoyed a boozy Sunday night in its welcoming, high-ceilinged bar.

Where can we stay? This summer I twice visited St Leonard’s: booking last minute, almost everywhere was full, but modest and impeccably clean bed and breakfast Tower 66, fifteen minutes’ walk uphill, proved better value than seafront-facing Bank Hotel & Bistro, whose ground-floor room was rather dark and unappealing; it was, however, spotless (decent breakfast in both, too).  And there are plenty of fancier places, such as Hastings House, and the upmarket Zanzibar, which I reviewed for the Independent when it first opened well over a decade ago.

What else is near? Hastings itself, of course, which will be getting its own revised feature (last covered here) very soon. Also not far is Bexhill, a couple of hours’ amble along the coast, which I wrote about earlier this year here.

St Leonard’s-on-Sea is easiest reached by train, either from Victoria or St Pancras, times vary between roughly 1.5-2 hours.