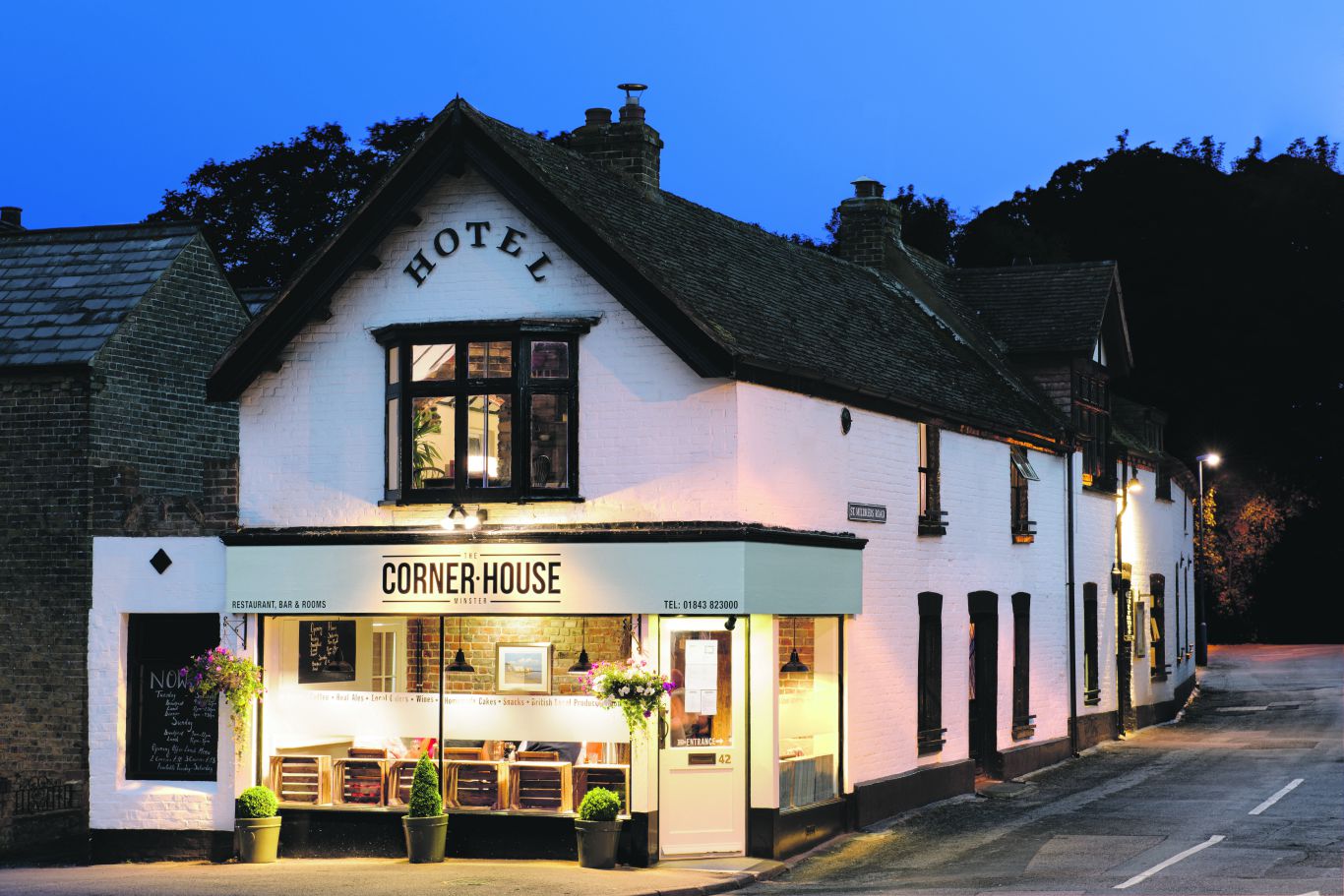 Why you should visit Minster, Kent

It’s the ancient capital of Thanet, no less. Where? You might rightly ask

On this travel site we try to celebrate the less celebrated, whether that’s an underrated town in Sussex, rural area of Normandy or Suffolk resort.

Kent is one of the easiest counties to access from the capital, and one we have a great affinity with, but there are dozens of lesser-known spots to lure the weekender away from, say, Margate or Whitstable.

Minster is one, the former ancient capital of Thanet, itself once an island on the East Kent tip.

Dating back to 670AD – a wooden sign by the church proclaims this – it’s a few miles inland from both Ramsgate, with its royal harbour, and the medieval town of Sandwich (see box below).

If you’re driving, park up by on pretty Church Street, with its terraced cottages curving along to the ancient abbey, still a nunnery today with (yes, real life) Benedictine nuns.

Starting out as a monastic settlement in the seventh century, the abbey incorporates the remains of the original Anglo-Saxon building. Now the oldest continuously inhabited house in England, in 1937 it was settled by refugees fleeing Nazi Germany, and it continues to host a community from abroad. At the entrance is a scenic bird-nested lake, exhibition gallery and tea room; you might need to check ahead for opening times.

Back in the centre of the village gawp at the Norman church, with its unusual turret and atmospheric nave.

The main action happens north of the oldest quarter on the high street. At the furthest tip, beyond Quirky’s Antiques, Jemima’s Locket tea room and O’Shea’s Bistro (bare tables, candles), is the New Inn, with roaring fire, gastropub menu and separate dining room.

Nearby is a real Kentish phenomenon, the micropub. Cutely called Hair Of The Dog, it sells a dozen or so real ales and ciders: we enjoyed a golden ale from Greytrees Brewery, soaking up the banter amongst locals in the music-free room, its walls adorned with old photos and prints.

The oldest watering hole in the village is the Bell Inn, opposite the Corner House (see below), which has stood there since the eleventh century, although the current building dates back to 1576. Dark and atmospheric, it boasts a big fireplace, brass nick-nacks and low beams; with a little more TLC it would make an even finer local.

For a light lunch option a few miles outside the village we recommend a bohemian new wine bar and cafe in the walled town of Sandwich. Rosa’s Vinarium (Latin for wine storage), a former tea warehouse and general stores, opened this year, a wine ‘library’, café and place to enjoy simple, tasty Italian food. The interior is inviting: shelving, beaded windows, bare bulbs, birdcage lamp fittings, chandeliers, and an assortment of tables, sofas and cushions.

The big draw for guests to Minster is this critically acclaimed restaurant-with-rooms in yet another gloriously historic building. Since it opened in 2013, it’s not only cleaned up at the Taste of Kent Awards but also been twice recommended in the Michelin Guide.

The kitchen was originally headed up by Matt Sworder, who trained at Gordon Ramsey’s La Noisette, and now runs the company’s second restaurant in Canterbury. In his absence is head chef Predrag Kostic.

The first thing you notice is how unique the long building is (see above pic), which extends back along the whole sidestreet.

Opposite the ancient church and the Bell Inn, stepping inside is as rewarding as it can be, especially at this time of year: a fire roars in the inglenook, candles flicker on dark mahogany tables, with the downstairs a sequence of tiny rooms as befits a seventeenth century building “that’s always been in hospitality”, chirruped affable manager Emma.

There are only two guest bedrooms and these – it must be said –are fairly basic: ours was in the eaves, with a large, comfortable bed with good-sized bathroom (plus free-standing bath). Coffee and tea-making facilities exist too, but it didn’t quite match the attention to detail downstairs.

And yet what detail downstairs! Dinner here turned out to be a rare delight. The Corner House has amassed a sizeable reputation in just a few years, so I approached the meal with no small degree of anticipation – and yet there was barely a misstep. Sipping an off-dry white from nearish Biddenden, it’s apparent that the menu stays comfortably classic, with few nods to the restless London food scene.

But each course was faultless. A chicken liver parfait starter, as smooth as butter, was topped with a rich port jelly. Wood pigeon – sometimes tough in the eating – came bloodily rare, but tender nonetheless and balanced by silky Jerusalem artichoke puree, with the crunch of hazelnuts and bitter leaves.

Mains maintained the appearance of effortlessness, washed down with Chapel Down Union Red, a fantastic, medium-bodied Kentish pinot noir that’s often served slightly chilled. Crisp pork belly on a richly braised red cabbage, with a whip of mash, wedge of black pudding, pool of apple sauce and sweet cider jus, was the heady festive season at a bite.

But best of all was some of the finest steak and chips I’ve eaten anywhere all year: two hunks of sirloin, rosy red, criss-crossed each other greedily, heightened in flavour by confit garlic, and a fragrant shallot and thyme rub. Accompanying triple-cooked chips were pimped up by three dips – a light spicy ketchup, an earthier mushroom ketchup and a homemade aioli-with-a-proper-kick. Even a roasted tomato was laden with herby flavour, a side salad vibrant with spring onion dressing.

Desserts? Tasty, while perhaps less spectacular; and yet a pot of chocolate mousse, with orange jelly and chocolate crumb, was only just inferior to an exemplary sticky date pudding with salted caramel and peanut butter ice cream.

If you’re staying the night, as we were, leave some room: the cooked breakfast is a well-portioned plate of meaty sausage, smokey rashers and soft poached eggs, their yolks as golden as the morning sun hitting the churchyard.

A version of this article also appeared in the January issue of our print title Gasholder.